Despite it being nearly three days shorter than I’d intended, the trip to Nova Scotia Nellie and I just wrapped up was a pretty good one.

We arrived in good time Wednesday night, and spent Thursday catching up with family whilst enjoying sunshine, taking walks, observing hummingbirds (more than a dozen frequent my parents’ kitchen window), playing catch, scratching dogs and eating everything in sight. We were also quite glad we were not back in Toronto for the 51-degree heat. 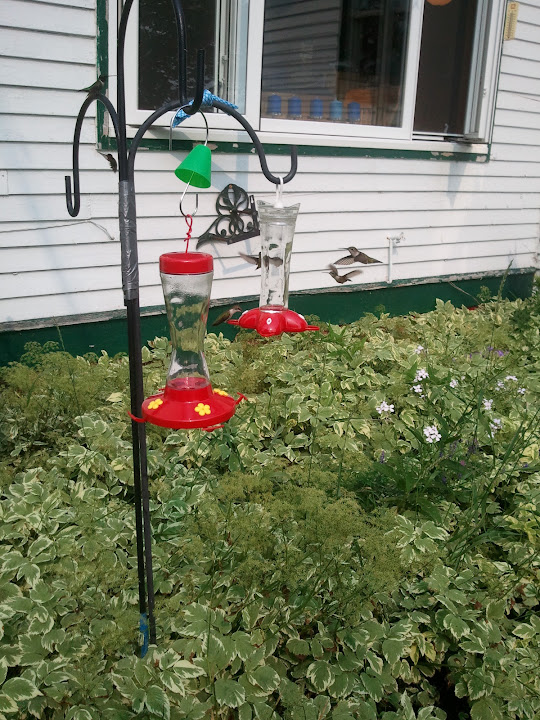 That evening many people stopped by the house to say hello and catch up with my parents and brothers. My friend Adam came, and we caught up for the first time in years.

On Friday some of that Toronto heat made its way east to us, and we had to take shelter from the sun and humidity as best we could. That meant crib, playing catch in the shade and (naturally) more eating. We couldn’t escape the heat entirely though, as we helped our dad make three batches of maple cream and bottle some syrup while the ladies were off at the spa. 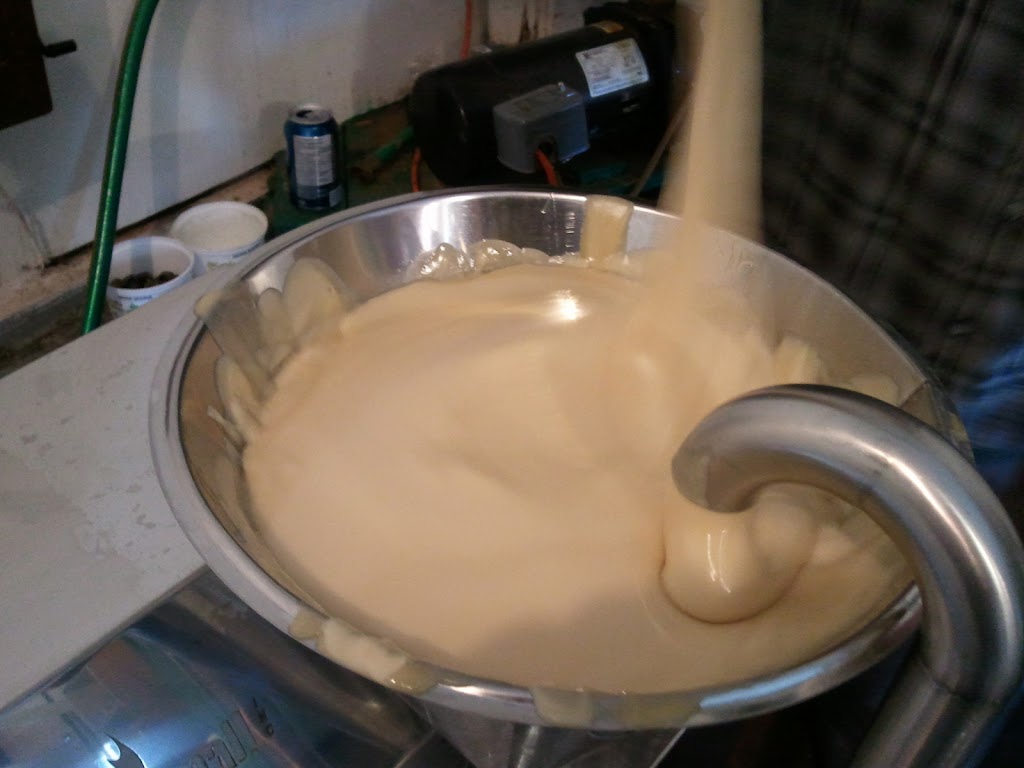 That night we drove into the town where we went to high school and met up with a few of my brother’s old classmates. We soon switched locales from the old tavern to Bare Bones, the lone decent spot in town as far as I can tell, where they had live music (Jenny MacDonald, on this particular night) and better wine. It was there that I had a completely random bump-into with a friend from high school, who I hadn’t seen since he graduated in 1992. But we recognized one another right away and, in the few minutes that we had to catch up, realized that we share a favourite beer: Maudite. It’s a small, tasty world.

Saturday morning we got up early and drove back to Halifax. Along the way we saw a deer walking along a riverbank, a young bear running into the woods and five cattle running down the Trans Canada median. I can’t explain that last one; I just know what I saw. Our family and our sister-in-law’s family had a get-together planned for the afternoon, but our early appointments at the airport (approved for Nexus passes…woot!) meant we had a few hours to kill, so we checked in to our hotel and found a spot on the Hart & Thistle patio. We’d been meaning to try out the new gastropub since we heard it opened. The food was nothing to write home about, but the beer was good — we each had a brewed-in-house Preacher Man’s Daughter hefeweizen to start, followed by a Propeller hefeweizen. It was just a hefeweizen kind of afternoon, apparently. 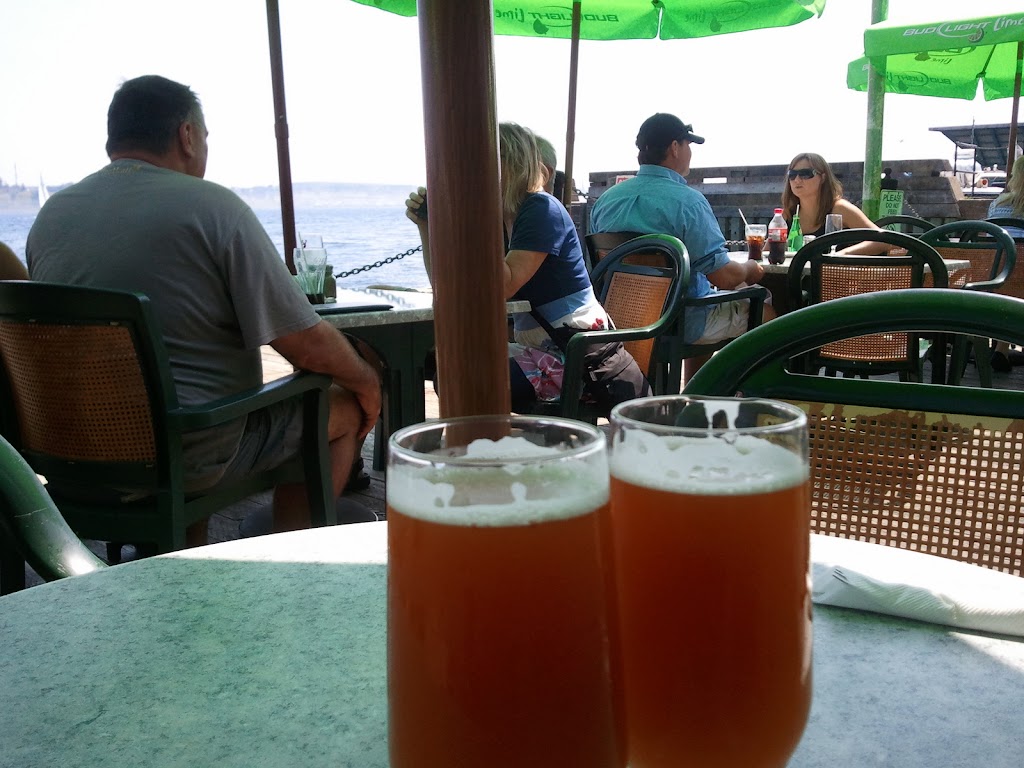 Rain hampered the family get-together somewhat, but we piled into someone’s lovely home to catch up and break bread. It brought back memories of France four years ago, when we were all together last, and the times we had there. Except with kids this time. Nellie and I said our goodbyes to everyone just after dinner as we had plans with friends, plans that involved me finally having a couple of drinks after so many nights of being on medications and/or acting as designated driver.

Another new Halifax joint we wanted to try out was Obladee wine bar. Four friends joined us there, and we perched in the window (the same table as the ladies you see in the picture on their website) trying several glasses of very yummy wine. I had an Alsatian Riesling whose name I can’t recall right now; a Bonterra organic Chardonnay; a Domaine Bernard Beaudry Chinon; an Arboleda Carmenere; The Wolftrap, from Franschhoek South Africa; and a Luigi Bosca Reserva Syrah. All were terrific, even the Riesling which was — as advertised — bone fucking dry. 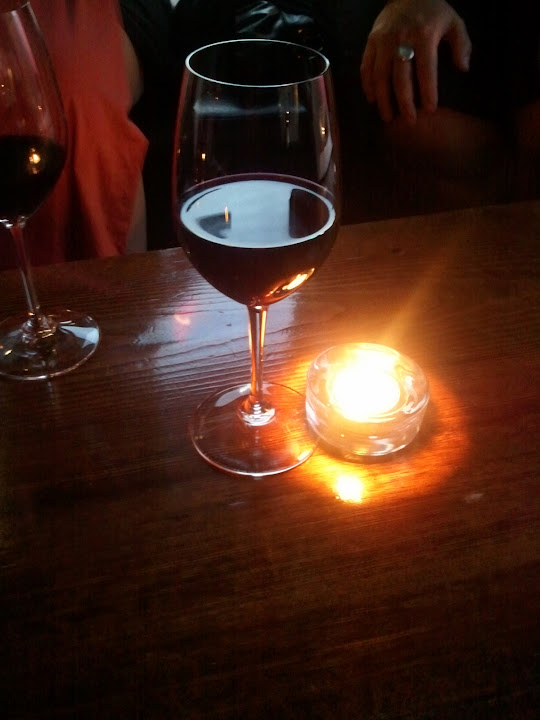 It’s too bad we were stuffed from the family do — they had lots of charcuterie and cheese on offer too. Ah well; next time.

All in all it was a great, if abbreviated, getaway. Lots of family time, a few old friends, some excellent new finds in Halifax and, maybe most importantly, a gentle reminder that I really did grow up someplace beautiful. 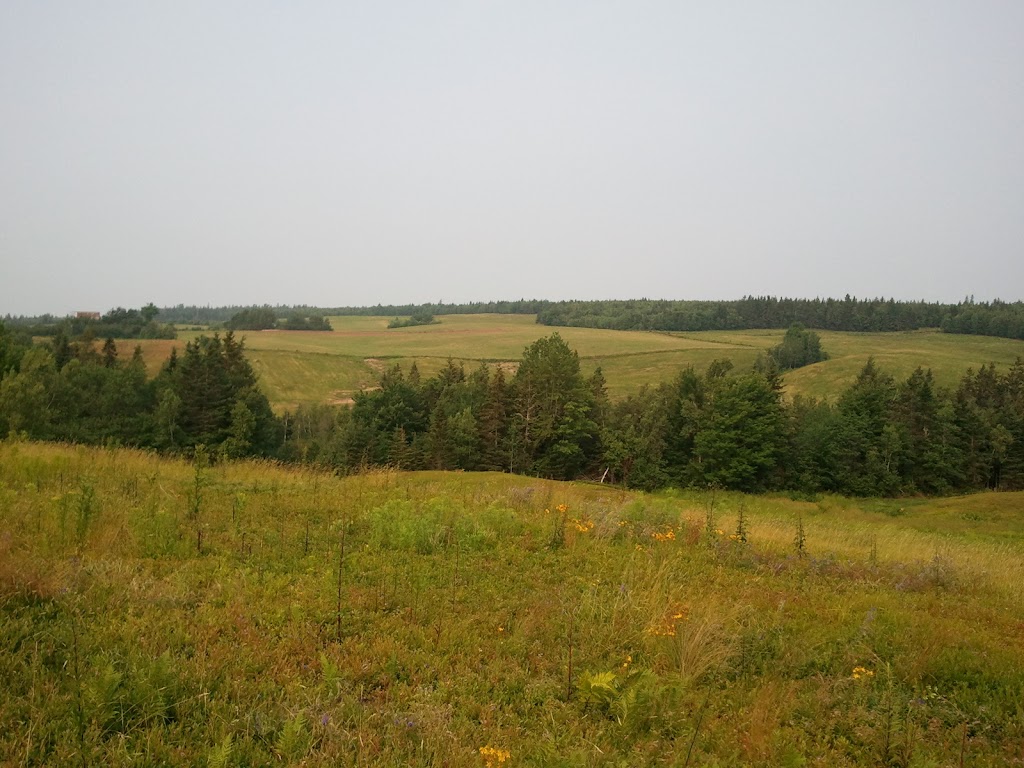 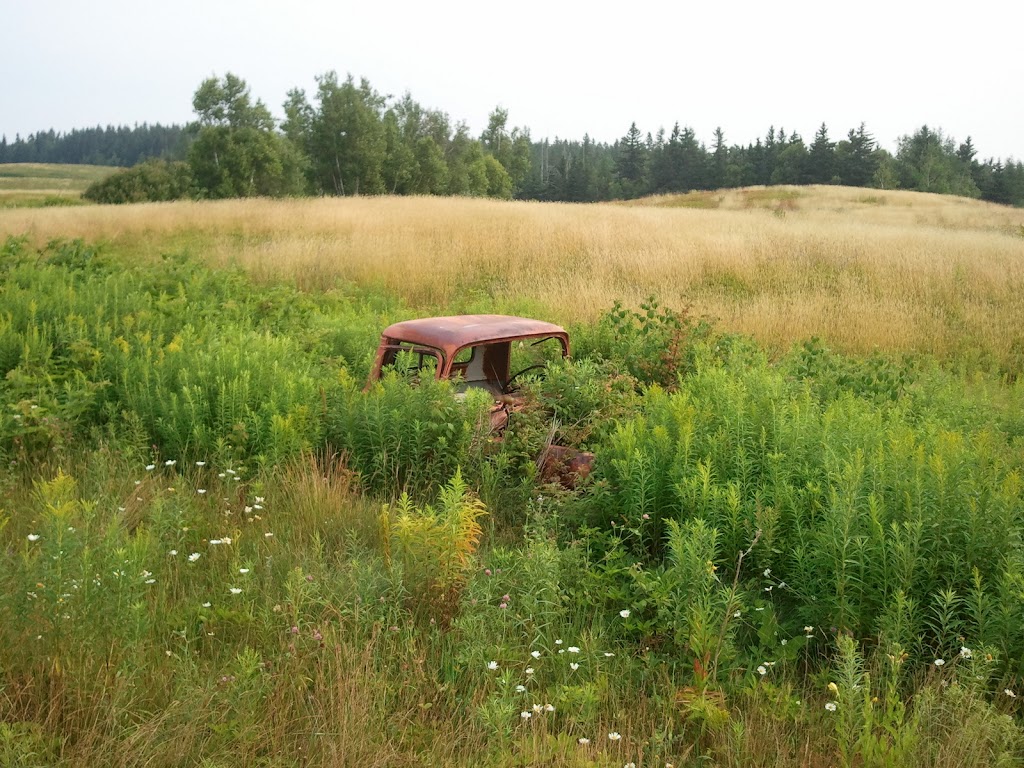