A little over ten years ago Nellie and I decided to get a cat. We visited the Toronto Humane Society, passed the interview process, and were told to pick out our new friend. But then something happened: we saw two brothers (half-brothers, actually) together, and just as the staff commented to us that we could take two brothers for a single adoption fee, the smaller of the two cats jumped up, stood on his back legs, and gently pawed at us through the window of their cage. It was one of the cutest things we’d ever seen, and we were sold. We couldn’t break them up (turns out this was Nellie’s plan all along) so we adopted them both. Lucky for his big brother, who was sulking in the corner of their cage, looking miserable.

The Humane Society gave us carrier boxes to bring our new friends home, but those boxes are designed for normal cats, not these guys who were 15+ pounds each. We put the big, cranky brother into one of the boxes and he looked like a muffin, his bulk and hair spilling over the top of the narrow box. “Is this,” his eyes seemed to ask, “really how we’re going to start this relationship?” Mercifully the staff let us take a large dog carrier which could accommodate their collective bulk. They were agitated on the drive home, and acted scared when we brought them into our tiny apartment. They had been given up twice already in their young lives (the smaller one was two, the larger was two and a half) and were understandably wary of any new humans. Maybe they didn’t want to get too comfortable, as they’d never lived anywhere for long up to that point. The little one soon warmed up to us, but the big guy mostly hid under tables and in dark corners.

We decided to name them Sonny and Michael, after the Corleone brothers in The Godfather. The older, larger, crankier one was Sonny since despite being sullen and moody he was bold and stubborn and already had a habit of bullying his younger brother, just like in the movie. 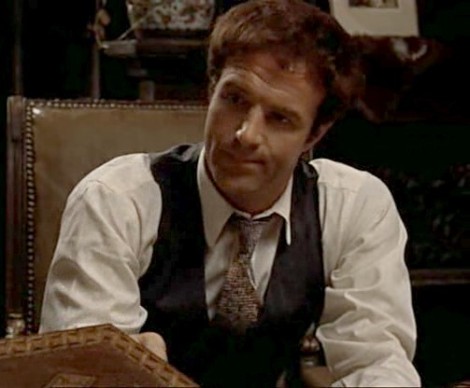 Their initial vet appointment revealed that Sonny had kennel cough, so we put him on antibiotics. Then, a few days after we adopted them I was working from home when suddenly this cranky, withdrawn, sullen cat was next to me, sitting up on his hind legs and begging like a dog for attention. Like this:

I scratched him and rubbed his belly for a good ten minutes before he went back to his nap. It turns out he wasn’t cranky, withdrawn, or sullen at all. He’d just been sick. His real personality soon emerged: he was playful, mischievous, stubborn, curious, constantly hungry, and had this bizarre habit of being hyper-affectionate for about ten minutes after waking up from a nap, and then a normal cat the rest of the time. It was almost like every time he went to sleep he expected to be given away again, and was always relieved when he woke up at home. I know, I know, I’m projecting and anthropomorphizing, but this cat was smarter than most. He could problem-solve — we had to start locking the bathroom door when he figured out how to work the pull handle, and earlier this year he figured out how to push his way through the screen door so he could explore the balcony that always fascinated him. So we constantly fell into the trap of expecting a human reaction from him.

Over time he became more and more affectionate with us. Even after we began sticking him with needles and pumping him full of IV fluids every night to treat the kidney problems he’d developed, he became increasingly affectionate, almost overwhelmingly so, especially after we returned from a long vacation. He’d climb between us in bed. He’d climb on our laps while we watched TV and massage our stomachs. He’d headbutt us and bite our noses.

The kidney problems got worse over the last few years, but to our vet’s surprise he never really showed any symptoms. Though we gave him more IV fluids and more medications his levels kept going up…still, he never showed it. He remained big and active and affectionate and about as playful as older cats get.

Suddenly, last Saturday, he became very ill. By Sunday he was worse. We tried one last Hail Mary of meds and painkillers, but it didn’t work. He was such a tough bastard — getting abandoned twice, beating kennel cough, and surviving longer with bad kidneys than anyone ever expected. But now his body was just shutting down. He was no longer the Sonny we’ve known for the last ten years. We owed it to him to give him an end with a little dignity, and with the vet’s counsel we decided to put him to sleep.

Before we took him to the vet for the last time we fed him enough catnip (the only treat he ever liked) to seed a lawn, and took him out on the balcony where he’d wanted to go his whole life. We lay down next to him and rubbed his belly as he gave us a few last I-love-you headbutts. And then we were at the vet and it was over.

I openly admit to having a stronger emotional attachment to animals than to most humans — apart from a short breakdown last year at the Anne Frank House in Amsterdam, the only reason I can remember ever crying is when a pet died — and believe me when I say I had several emotional reactions whilst writing this. But we know we made the best choice possible for him. He was a proud guy, at least as proud as you can be when you shit in a box in a closet. He was our friend and family, and this is the call I’d want my friends and family making for me when I’m no longer me, when I’m more sadness than strength. When I’m more pain than joy. So his thirteen years here are done. But they were a really goddamn good thirteen years.

We’ll miss you so much, buddy. We’re so glad your brother was a good salesman all those years ago. Rest in peace.