Membership does have its privileges.

The lone wine club to which we belong — Tawse — netted us an invite to a special event last night: a 6-course tasting menu at Campagnolo restaurant, long on my to-hit list, in which the food would be paired with wines from the new Tawse offshoot winery, Redstone. We sat at the tasting bar with another couple, and shared cooking tips and winery recommendations, and watched the kitchen do their thing. Here’s what the kitchen hit us with:

The food was spectacular, and the wines were VERY good. I think Redstone will be a great compliment to the Tawse lineup, adding varietals like Pinot Gris, Sauvignon Blanc, and Cabernet Sauvignon, and a very different Riesling. Both winemakers — Paul Pender from Tawse and Rene Van Ede from Redstone — were on hand to talk about the wines, and I’m looking forward to where this could go. Side note: it turns out Paul Pender has (had?) ties to Springhill, NS, near where I’m from.

Here’s hoping Tawse and Redstone throw more shindigs like this. 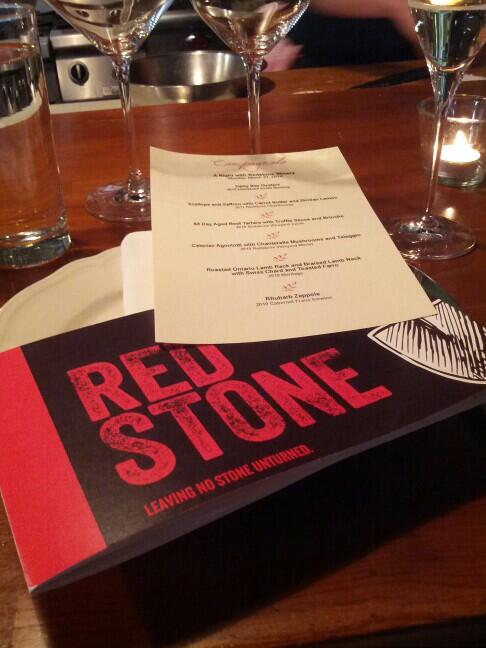 3 thoughts on “Should’ve Led with the Zeppole”