On Wednesday Nellie and I rushed out of work (early; it was New Year’s Eve, after all) to come home, pick up our stuff, collect a couple of friends, and start driving north. We had all been invited to spend New Year’s Eve with our friends Kaylea & Matt at their Bat Lake cottage.

We worried about the forecast, but with little reason: we made the drive with almost no issues save the usual traffic slowdowns on the DVP and 401, and a few minor snow squalls along the way. After a stop or two we arrived just in time to watch the second half of the Canada/USA World Junior game. Canada won. Of course.

There were ten of us in total, and we were the last four to arrive. On top of what we’d brought, the place was already full of food and drink (including a 30L keg of beer). We hugged our hellos, poured a drink, snacked on meats and cheeses, and settled in. After a while the chef (Matt) and sous (Nellie) began preparing dinner. Though, Matt had been preparing some of it all day, smoking a brined chicken and a lamb shoulder. There was also beef (not sure where that came from, actually) and Nellie made scalloped potatoes with chorizo sausage, and we all plowed into it. We’d also been drinking some tremendous wines brought along by Kaylea’s friend Jordin, including an Italian style I’d never heard of (and can’t remember, dammit), a beautiful Barbaresco, and this amazing Barossa F.U. Shiraz (seriously) that was massive (17.5%!) and complex and puzzling. I can’t imagine I’ll ever get to try it again.

We played some Cards Against Humanity (I won; I am depraved) and then got bundled up so we could go out to where Matt had set up a fire. We stood around it, enjoying the warmth, and eventually sliding around for a bit on the lake itself, as the ice was plenty thick.

By midnight we were back inside, ready to drink a Magnum of another stunning wine: a 1998 Nicolas Feuillatte Palmes D’Or. It was Out. Goddamn. Standing. It was a fitting way to pay tribute to 2014, and welcome 2015. 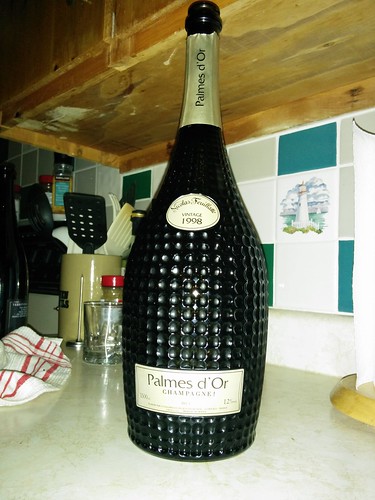 We’d all had busy days, and had all been eating and drinking since 5pm (or earlier), so everyone crashed around 1:30. The next morning we slowly stirred ourselves, did a token clean up, had coffee from Fahrenheit, ate bacon and cranberry french toast, and drank breakfast Caesars.

Most people went out for a winter walk, but I stayed behind with downstairs Jeff (it’d take too long to explain the moniker; just go with it) to help clean up and then relax. The crew had taken warm cider with them; I poured myself a cup (with a little Navy Strength gin thrown in for good measure), sat by the window, and nerded out with Matt’s copy of The World Of Ice & Fire. 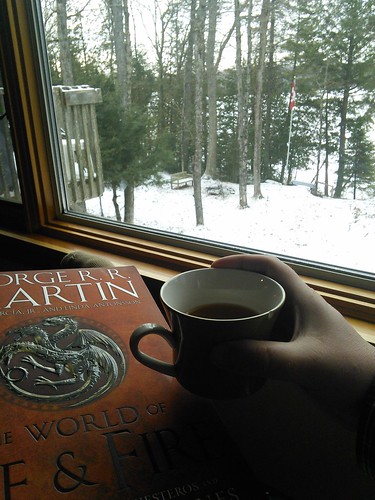 Eventually everyone came back from their trek…some got cold and came in to warm up, while others tried to light another fire. I waited until it was going strong (I’m a sissy, and no longer of any use with outdoor things) before joining them. 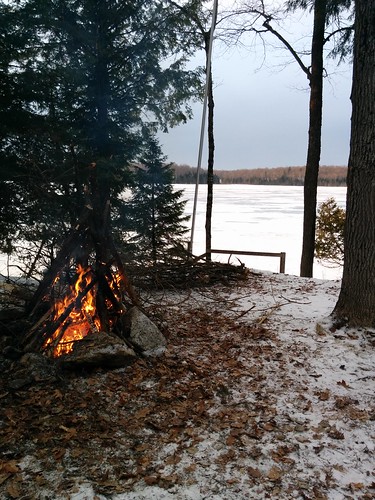 We drank Winter Ale and Okanagan wine by the fire, taking shelter from the snow and wind amongst the trees, and felt about as Canadian as we could feel. 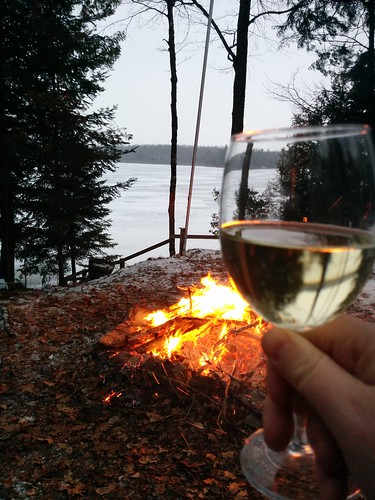 Eventually we too got cold, and went back inside for more food, and a Cards Against Humanity speed round (Steph won; she is depraved). For dinner Matt had made chili, and it was the most amazingly delicious chili I had ever eaten. It was sweet and spicy and the perfect consistency. I went back for seconds. I had to talk myself out of thirds. As it was I just kept taking great heaping spoonfuls of it from the pot and shoving them in my gob.

We weren’t done with the outdoors; a few of us wrapped up again and went back to the lake. It was so dark, and so snowy, that you couldn’t see the other side of the lake. Just a faint outline of the tops of trees amidst a Hoth-like blank spot on the earth. I’ve lived in the city for so long I’d forgotten how quickly winter can create this sense of distance and danger, even when you’re only a few hundred feet from a warm house.

Back at the cottage everyone was starting to wind down, or already napping. We were full of food and drink and tired from the cold. My body began rejecting everything…any more food, any more drink, being awake at all. Nellie began folding laundry. Began, never finished. We were all wiped, apart from upstairs Jeff who watched George Carlin’s classic Seven Words sketch on late-night TV. As one does.

I woke up Friday morning worrying about how I would get our rental car up a snowy driveway, but then the local Mr. Plow showed up and saved the day. We cleaned the place as best we could, scarfed down some scrambled eggs and toast, packed up, and jumped in the car with our charges to head home. Nellie and I had to get back to the city for a 3:00 puck drop in the first World Jr. semifinal. Fortunately it got less snowy as we drove south, and we had no problems on the way home (extreme nausea and over-full bladders excepted) and we hit Toronto by 2:15. We offloaded our stuff, put our travel companions in an Uber limo, dropped the rental car, and made it to the ACC just in time for the game.

It was a weekend of celebration: the new year, superb people, the Canadian outdoors, and plenty of amazing food and drink:

For the record, that’s 8 bottles plus 1 magnum of champagne, 5 bottles plus 2 magnums of red wine, 3 bottles of white wine, 1 bottle of port, 6 large bottles of (strong) beer, and the better part of the rum, scotch, gin, and vodka. Plus about 2/3 of the keg in the background and a while bunch of tallboys we didn’t even bother to count. 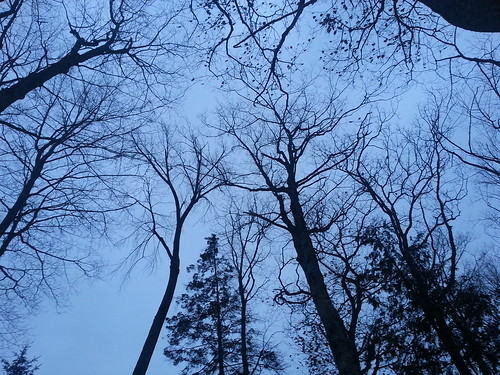 One thought on “Navy strength”