For the second time in as many weeks I was invited to speak at a conference in Europe, so I braced my body clock for another impact and got on a flight. A Turkish Airlines flight, to be exact, since I was headed to Istanbul. I managed to sleep for a few hours at least this time. I landed nearly 11 hours later, and we (two other guys were travelling with me) caught an Uber to the conference hotel: the Hilton Bomonti. 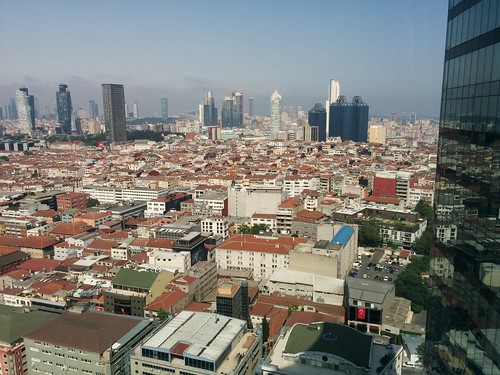 Pretty badass, no? The hotel was a Y-shape, so people in fancier rooms than mine had a view of the Bosphorus Strait, but still…can’t complain about that sight.

I ordered a little room service (Turkey makes pretty good Carignan…who knew?) before heading downstairs to meet some others for a quick cruise on the Bosphorus. We stayed close to the Europe side of the city (the other side of the Bosphorus is Asia) and saw some beautiful buildings like Çırağan Palace… 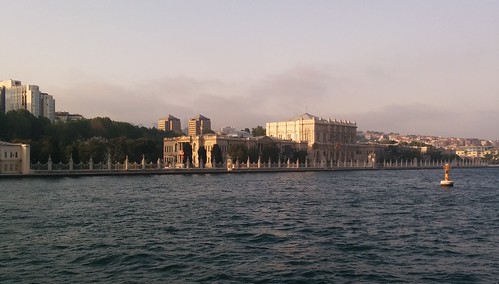 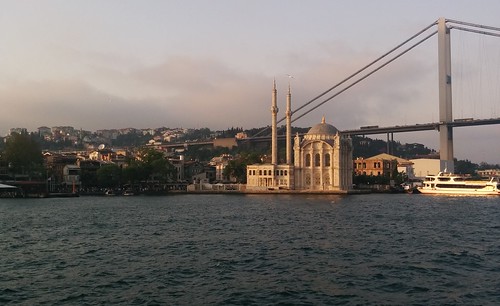 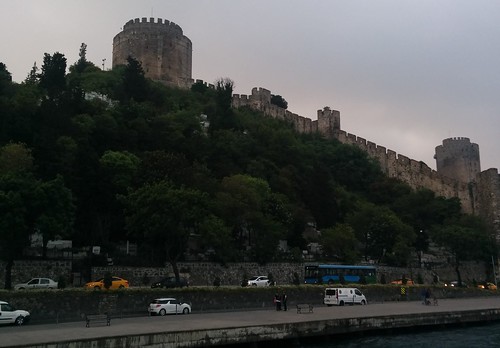 and Sait Halim Pasa, where we disembarked to join the main conference reception. 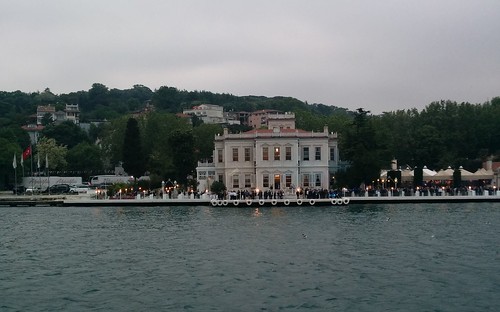 We ended the night back at the hotel’s rooftop bar, drinking a glass of surprisingly-affordable Johnny Walker Blue. Or, as we dubbed it: Istanblue.

The next day was wall-to-wall conference stuff, then a dinner. A few of us decided to visit Asia, so we jumped in another Uber, drove across the strait, and checked out Kadife Sk. It’s one long street full of bars and clubs. We sat on a patio, drank some Efes Dark, and discovered there’s already something called Istanblue. 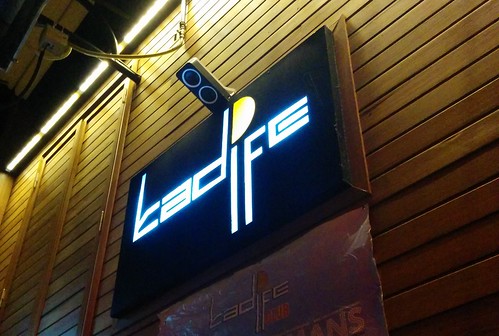 It was late by this point, and we were hungry, so we went to a busy place at the top of the street called Reks Kokoreç. They were grilling meat outside that smelled really good, so we each bought a sandwich that the locals also seemed to be putting away with abandon. It was so good that four of us decided to get a second one while we waited for our Uber to take us back to the hotel. Only when we got home did we realize what kokoreç is: “a dish of the Balkans and Anatolia consisting mainly of lamb or goat intestines, often wrapping seasoned offal, including sweetbreads, hearts, lungs, or kidneys.”

Whatever. It was delicious.

The next morning I attended a few hours of the conference but had to leave early to catch my flight. Then, according to an email from TripIt, my flight was delayed by 3 hours, so I relaxed and stuck around…and then suddenly my flight wasn’t delayed after all. I ran around like an idiot, getting checked out and into a taxi.

It’s too bad I was in and out of Istanbul in barely 48 hours. I didn’t get to see Taksim Square, or Topkapi Palace, or the Hagia Sophia, or the Basilica Cistern, or the Blue Mosque, or the Grand Bazaar. I didn’t really see Istanbul. But I wasn’t there to sightsee, I was there to work. I’ll get back there someday, with Nellie in tow.

As it turns out, my flight was delayed after all, so instead of spending three hours at the conference, or even seeing some of the afore-mentioned sights, I sat in an airport lounge. Thank goodness for Priority Pass.

My flight back was an 11-hour non-stop, and would have been intolerable but for noise-cancelling headphones — there were a LOT of screaming kids in my section. But I watched Unbroken (meh) and Monuments Men (big meh) and Enough Said (pretty good) and re-watched No Country For Old Men and part of Godfather II. Soon enough we were taxiing into Pearson, and I blasted past the idiots on my flight and through customs and into a cab, and was home by 10pm. It was a long day.

I went to work the next day, which turned out to be even longer: I got to work at 9am and left at 11pm. Not surprisingly I’ve spent a good deal of this weekend sleeping and relaxing.

Sorry I had to eat and run, Istanbul. I’ll be back some day.