Screw the winter jackets, it was finally time for Costa Rica. We got ourselves to Pearson and got on our WestJet flight. The in-flight movies didn’t work, so I watched Coriolanus and part of Sin City 2 on my tablet. The baby next to me was teething but barely made a sound, so…thanks, baby.

We got to SJO, wound through a huge customs line, and were met by Esteban as part of our Airbnb service. Awesome guy. He gave us a primer on San Jose, showed us good places to eat and drink in Barrio Escalante, and dropped us at our Airbnb loft, which was awesome. 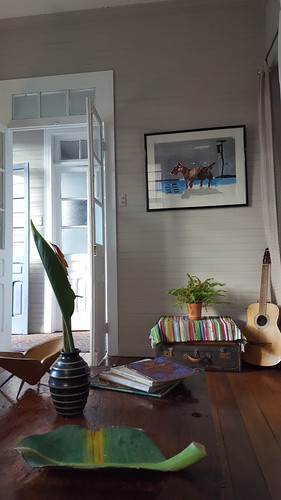 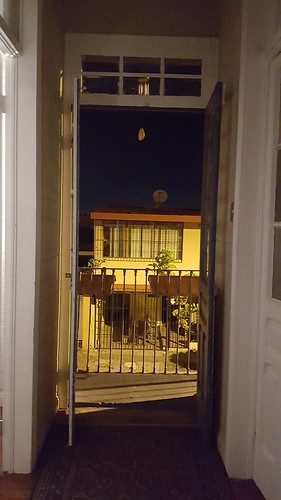 We walked — outside! in short sleeves! — to Wilk but it was closed so we went to Costa Rica Beer Factory instead. Not quite what I was hoping for, but we found some decent local craft brews. We ate a bit there, picked up snacks and travelers at the grocery store on the corner, walked back to the loft, had chips & beer and crashed on their couch. Vacation! 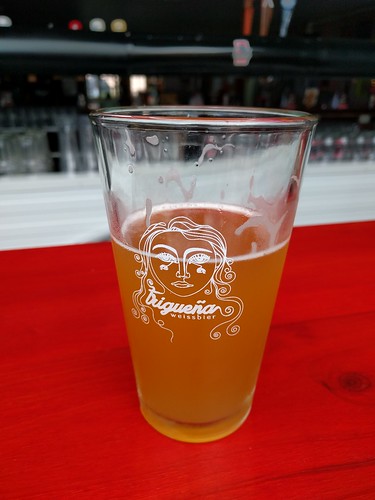 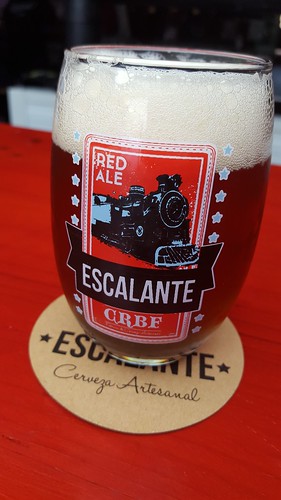 Truck horns woke us up. I guess staying near a hospital loading zone will do that. We ate our breakfast, cleaned up, and called an Uber. Not that we were anxious to leave San Jose, but we were very anxious to reach our next spot. Got to the airport super-early, as Nellie often likes to do. Took a 20-seat NatureAir flight to Quepos on the Pacific coast. 20 minutes later and we were landing on a small paved strip in a bunch of palm trees. 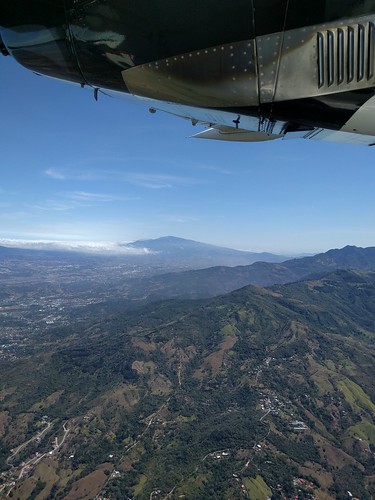 Our next place, Kura Design Villas, had arranged a driver to pick us up. One hour’s drive, and one VERY steep hill later, we arrived to…holy shit, the most amazing place we’ve ever stayed. Seriously. The place is stunning, from the rooms, to the pool, to the views, and all parts in between. We had a signature “Jaguar” cocktail, checked in, ate lunch, got to our room, changed, and spent the rest of the afternoon by the pool. 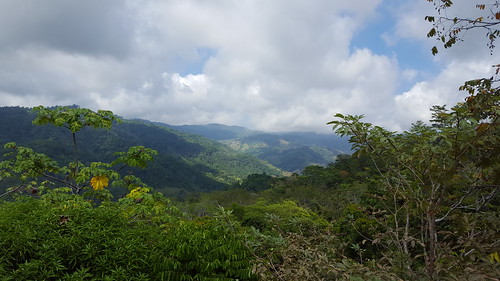 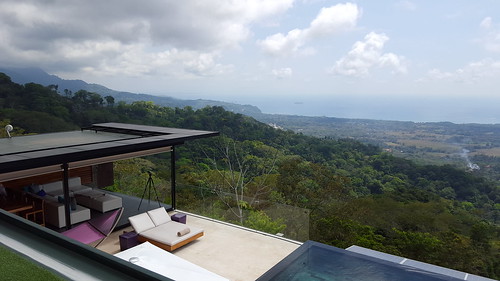 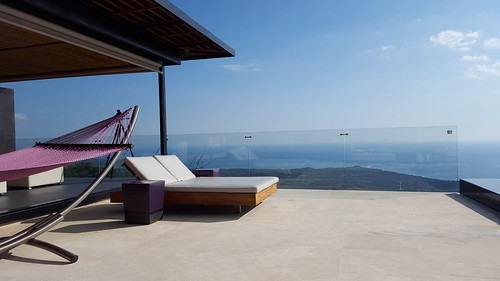 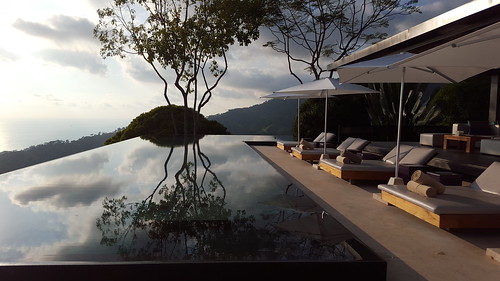 You can’t really see it in that last picture, but there was a stone parrot on the edge of the pool. Cool story, but you have to stay there to hear it. We had drinks by the pool and at the bar, courtesy of the amazing Simon. He made sangria (which I normally dislike, but this one…), let me practice my French, and tested a new rosé on us (verdict…we drank, like, all of it) and chatted with a couple from Texas. It’s easy to strike up conversations when there are only 10 people in the whole place. We ate dinner and crashed hard.

Nellie’s birthday! We started the celebration by sleeping the hell in, since we’d imbibed a little too much in the heat and excitement of the day before. Then we had an absolutely stellar breakfast: fresh fruit, banana muffins, homemade bread with passion fruit jam, and coffee filtered through a cloth strainer, like an old-school pour over. 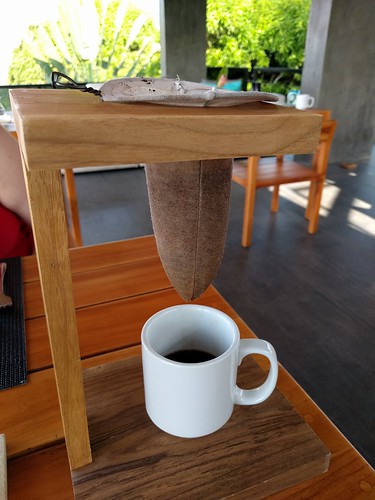 We spent the rest of the morning in and around the pool, enjoying the sun and breeze and water, and playing with a tiny visiting snake. We ate a light lunch of charcuterie and smoked wahoo (wahoo!) before I made it my mission to try all three Costa Rica Craft Brewing Co. beers on offer at the bar: the Libertas golden ale (which became my go-to drink all week), the Segua red ale (great, when I could find it), and their very last bottle of Malacrianza Scottish ale.

At some point in the afternoon we decided that we had to spend at least a little time on the awesome balcony just off our room. That’s where I gave Nellie her surprise birthday present: a trip I’ve already planned for this fall to see gorillas in Rwanda. She was more than a little excited about that. 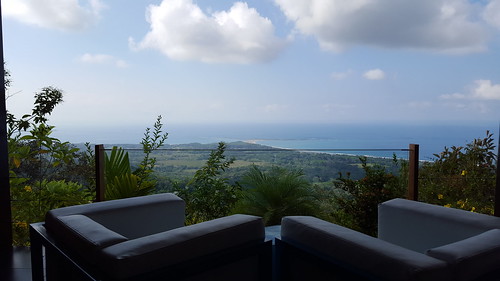 We retired back upstairs to the main area where we toasted her birthday sunset with a bottle of Bollinger, watched two pairs of toucans in the nearby trees, and ate dinner alone on the rooftop, looking up at the stars. 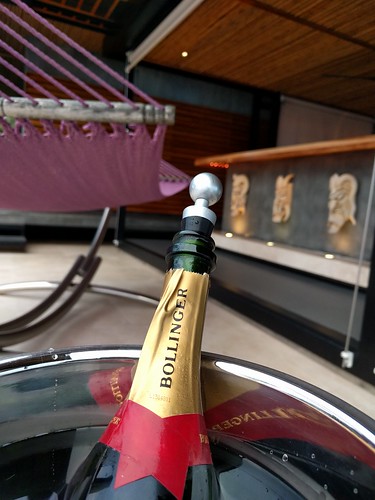 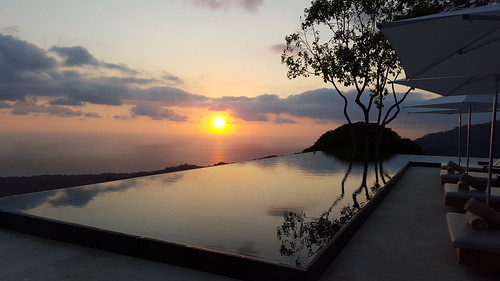 We got up early because our planned water taxi across the Gulf of Nicoya had been canceled due to high winds, so we had to go much further: up to Puntarenas to catch the big ferry. Not a nice drive, not a nice town, not a fast or exciting ferry ride, and not a nice drive from Paquera to our end destination: Santa Teresa. It was a tiring, boring trip, but at least we got to see some giant-ass crocodiles along the way. 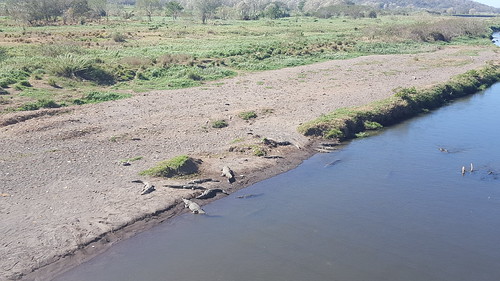 We forgot the extra 3 hours of travel pretty quickly once we saw Latitude 10 though. It was a very different beast than Kura: right on the ocean, open air casitas with no locks, totally surrounded by trees and wildlife, but still with a high level of service. (It turns out all three places we stayed were part of the Cayuga collection of hotels.) 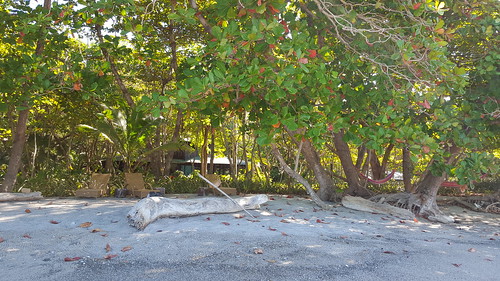 We had a quick lunch, dipped our toes in the ocean, had a nap in the hammocks at the top of the tide line, and watched the Pacific eat the sun. 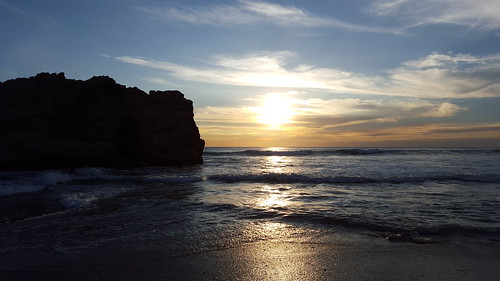 Dinner was excellent: we shared a goat cheese salad, and had chicken and fish as our mains. We reconsider our plan to try a new place nearby each night; getting to town is a pain in the ass, and chef Mario has our full attention. The British couple staying there, usually as loathe to repeat dinner venues as we are, has already made the same decision. We take one last late night swim in the pool and we’re done, falling asleep under mosquito netting.

We relax a little in the morning (leisurely breakfast; reading in hammock; swimming in pool; observing howler monkeys in nearby trees) before being collected for a zip-lining and canopy tour near Montezuma. There are no pictures because we looked like dweebs, but I can assure you that it was fun as hell. Along the way Nellie jumped in a natural pool at the top of a waterfall, we both got scolded a little for going too fast on the final line, I managed to knee one of our guides in the cojones (sorry mate) and we saw a white-nosed coati.

Afterwards our guide, Marcelo, took us to Montezuma where we grabbed some almuerzo típico (ceviche, mejillones, Imperial, Pilsen) by the water. He dropped us back at our place afterwards, where we rinsed off our sweat and jumped in the pool to cool down. We watched iguanas crawl around the trees by the pool, walked down to play in the surf, and had gin & tonic at sunset. 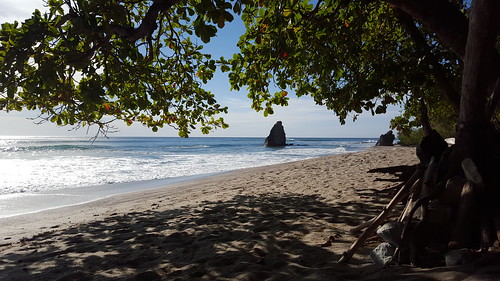 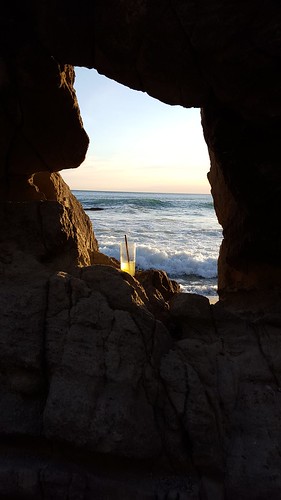 We had a few drinks before dinner with the Brits and a couple from Chicago on their honeymoon (who we totally sold on flying Porter to Toronto to try Jacobs & Co) before getting down to our own meals: we split a yellowfin tataki, then Nellie had the mushroom pasta and I had the steak with chimichurri.

This was the kind of day vacation dreams are made of: after breakfast all four other couples left, and we had the entire place to ourselves for the whole day. We toyed with the idea of heading into town for lunch, but soon decided on the ambitious undertaking of doing absolutely nothing for a whole day. So we went for a swim. We read in the hammocks for hours (I finished Michael Lewis’ Flash Boys). We had a leisurely lunch. We walked along the beach for a bit and played in the surf. We watched iguanas and monkeys (including a tiny baby) be almost as lazy as us. We were enjoying one last sunset when finally another couple (New Yorkers, this time) arrived. Interlopers! 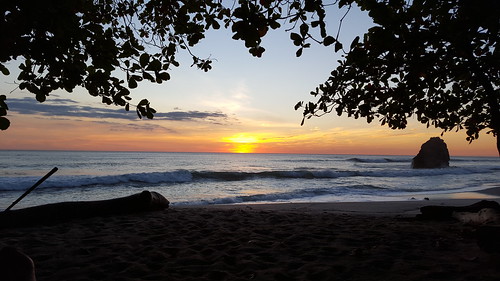 We got ourselves cleaned up before heading back to dinner, chatted with New York at the bar, and decided to eat dinner with them. Nellie had the chicken; I had this insane tuna steak. We all talked politics and entertainment news and health care and then had some local rum, then went for an after-dinner swim in the pool, dodging the swooping bats and comparing notes on constellations as seen from Central America. None of us knew what we were talking about, of course, except that Orion’s belt is obvious everywhere.

Finally, we awoke to a noise we’d expected to hear all week: howler monkeys! They sound like a pack of angry dog-men, come for your soul. It’s good that the staff warns you in advance; if you didn’t have some context for that noise you’d have a heart attack.

We ate our last breakfast, hung out on the beach one more time, took one last swim in the pool, then packed up and said goodbye to the staff. The ride to Tambor airstrip was long and made Nellie kind of sick, and the wait there was about two hours longer than expected since our NatureAir flight was severely delayed. Luckily we had no connection to make, so we weren’t stressed…just hot and tired and very hungry.

Our flight finally arrived, and 25 minutes later we were at SJO. There we waited on the tarmac even longer than our time in the air while they figured out where to bus us. Luckily where they dropped us was where our driver was waiting, and he took us to our final home in Costa Rica: Finca Rosa Blanca, a coffee-plantation-cum-hotel in the hills north of San Jose. We had a quick snack at the bar, checked into our room, and enjoyed the view (and a cup of the house coffee) on our patio. 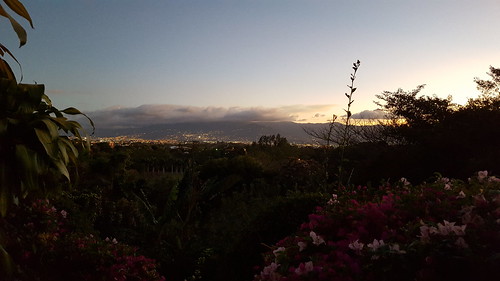 We ate dinner at their restaurant El Tigre Vestido that night, which was pretty good: Nellie had tomato soup and a huge sirloin; I had a roasted beet salad and the queen corvina with chorizo. It’s windy up in those hills, so for the first time on the whole trip we were actually rather chilly — Nellie brought a scarf, and we saw some (non-Canadian) people wearing coats.

Back in our room, we were pretty much done in. It was a late night after a long day of travel, so we just watched a movie (Adult Beginners) and conked out.

I took advantage of our final day of warm weather by enjoying my morning coffee on the patio and waiting for Nellie to get up. We grabbed breakfast back in the restaurant (my pancakes with coconut syrup were especially delicious), packed up, relaxed for a bit, then got a ride to the airport. There were lines (airport exit tax: short; WestJet check-in: short; security: long) but we had enough time to grab a sandwich and beer at the Imperial pub and still get to our gate in time. I watched The Martian (still excellent) and Burnt (not bad) and almost finished Sin City 2 on the flight home.

It was shit-ass cold when we got off the plane, and reality began to sink in. We got home, unpacked, ordered pizza, watched The Walking Dead, and wished desperately that we were back at the Kura pool, or the Latitude 10 beach, or our Barrio Escalante loft.