We dashed out of work and caught a Go Train to Barrie, where Kaylea picked us up and brought us to their place. We celebrated by breaking out some sparkling:

We had reservations at the Local Gastropub and, after some taxi qualms, took our seats in a booth by the bar. I had the battered cod n’ chips; Nellie had the triple smoked ontario bacon mac n’ cheese. We were in the mood for apostrophes apparently. I drank a Wellington brown ale and a Side Launch dark lager. We cabbed home and all fell asleep in front of the TV. It had been a long day.

The next day Kaylea had to work so Matt, Nellie, and I went for breakfast at the Midway Diner, which is exactly as authentic as it sounds. Nellie and I had full-on greasy breakfast: sausage (bacon for her), eggs, hash browns, toast, OJ, coffee/tea. It was goddamn delicious, and it more or less held us over until dinner.

Once Kaylea got back we loaded up the car, made a stop at Barnstormer for some beer, and drove to the cottage. We relaxed for a bit with some Barnstormers and then two amazing bottles of sparkling — a Benjamin Bridge 2008 Estate Brut which had just arrived in our mailbox that day, and a Two Sisters “Lush” sparkling rosé — until it was nearly dinner time, and Matt began prepping the meal. 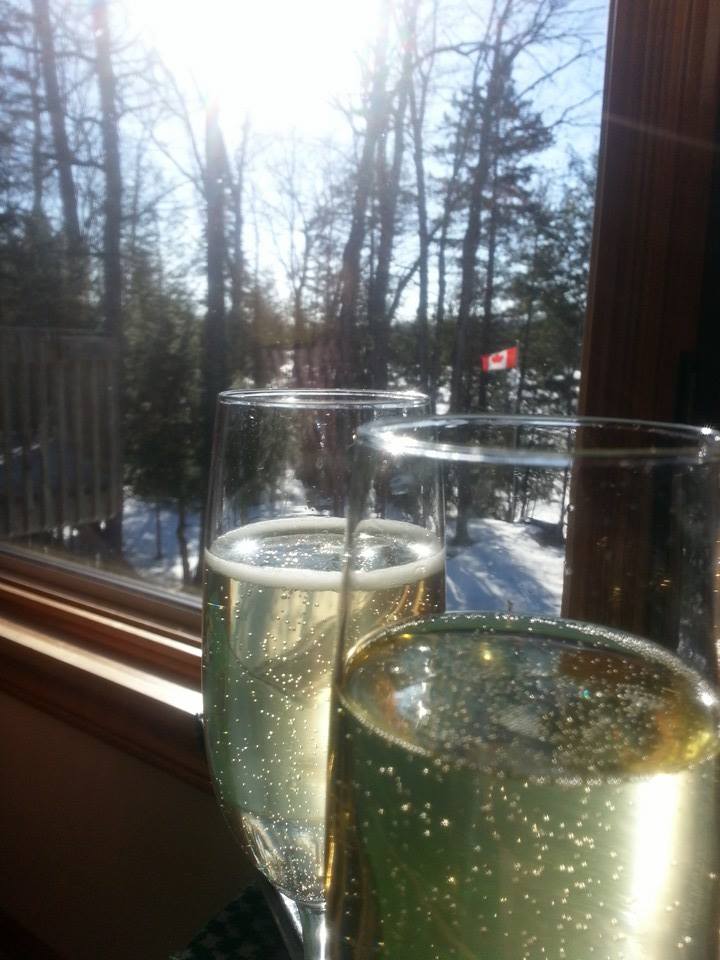 And quel meal it was:

We did our best to absorb all that, and eventually all fell asleep from the effort. 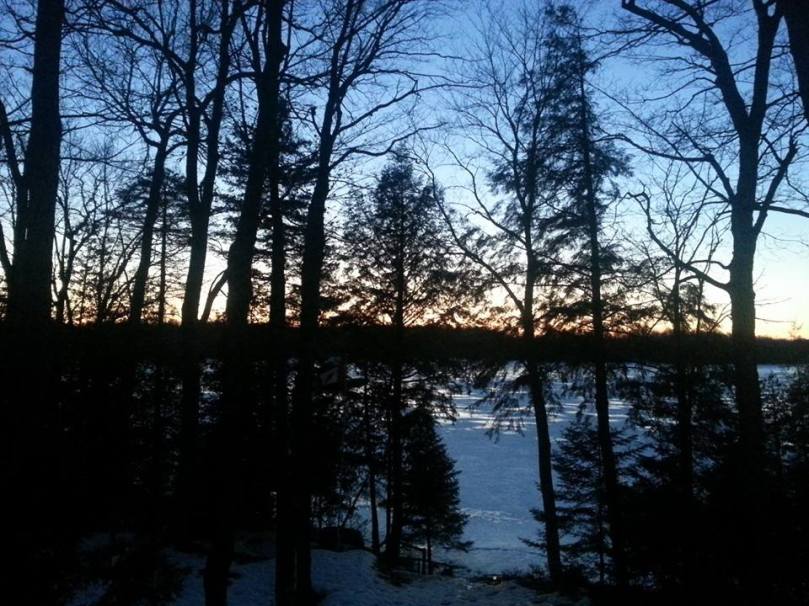 The next morning we all slept in, except for when Kaylea’s phone alarm went off and it sounded like a jaunty police chase. Once we finally woke up Matt and Nellie prepared another big greasy breakfast (plenty of bacon, eggs, toast, Caesars, etc.) and we generally lay about for the whole day. Well, Matt and Nellie went for a walk, and I did some work, and we all watched many hours of news, but other than that: layabouts.

Finally we had to pack up the car, load up on Tim Horton’s, drop Matt off back in Barrie, and drive down to Toronto. The remaining trio of us ordered pizza, settled in to watch The Walking Dead, and went directly into pyjama mode.

Good weekend. Great weekend. But I’m going to pay for it this week.