I was just in Florida again. For the second time in less than two weeks, after only being there once in my life to date. Not Miami this time though — just north of there, in Hollywood. Which is an odd place. (Like, you know, Florida.)

I was there for a conference, and flew in the day before. I flew Air Canada Rouge for the first time, which — because my bid for an upgrade was accepted — was pretty smooth. I watched Three Billboards Outside Ebbing, Missouri (imdb | rotten tomatoes), which I thought was pretty meh.

From the Fort Lauderdale airport I went to the conference resort, the Diplomat Beach Resort.  Resorts like that weird me out — there’s nothing around there but other resorts, so people check in with the express intent of not leaving for a week. Anyway, I checked into my room, which had this view. Pas terrible.

I ate dinner at the bar at Diplomat Prime, their steakhouse. I had summer sweet corn bisque w/ alaskan king crab, black truffle, crème fraîche, and caviar (along with an Alsatian Pinot Gris) and an 18oz ribeye + jumbo asparagus w/ hollandaise, and crispy onion (with a glass of 2012 Chateau Magnol from Medoc). I could only eat about half the steak (I mean, seriously) and took the rest home, and skipped dessert. Well, mostly: I had a glass of Angel’s Envy Rye, which was intriguing.

Breakfast the next day — the next three days, really — was at Counterpoint downstairs, and lunch was a room service fried chicken sandwich + Hollywood Brewing session IPA.

Dinner that night was down the road, in another community with even more ridiculously flash resorts (there was a collection of Bentleys out front of this one), at the Il Mulino New York in the Acqualina resort. Tasty food — caprese, cheese tortellini, chicken w/ asparagus, and a pile o’ desserts — but my favourite part was the conversation with the other people at my table. I bonded with the Newfoundlander and the military guy across the table. As one does.

The next day, after the conference wrapped for the evening, we were hosted across the road at Portico, facing onto the intracoastal waterway. I scarfed a bowl of rice, gulf shrimp, spicy beef, and avocado, and a glass of sauv blanc (fucking Kim Crawford) and admired the view before I ran off. My brain was working overtime and I wanted to get my thoughts out before banal conversation killed it all. 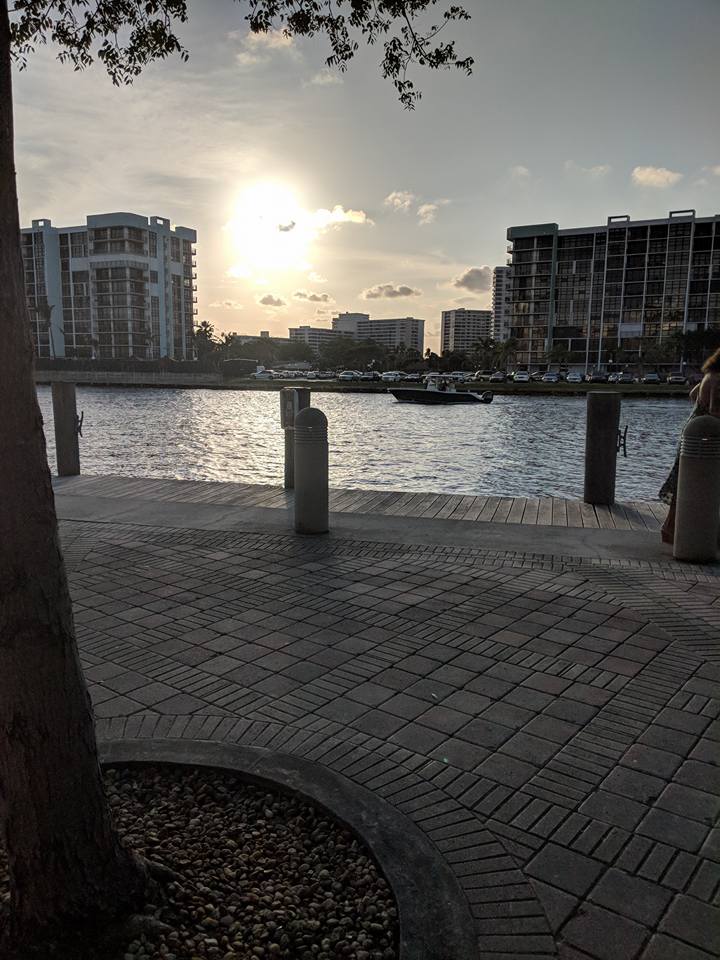 Later that night, after working a bunch, I was still hungry and popped downstairs to Point Royal for a solo table. I had grilled spanish octopus w/ pickled fresno chili, celery, fennel, mint, basil, and roasted garlic yogurt, and yellowfin tuna tartare w/ avocado, and chili-sesame seed vinaigrette. It was pretty unremarkable.

The conference wrapped the next day and my airport experience / flight home was unremarkable, except that I chatted with this lady for most of the flight, which never happens to me. Oh, and the Newfoundlander from two nights’ previous was sitting behind me! I guess the universe wanted me to socialize.

Cover photo from the Diplomat site